“Before the coming of faith I had lived as an alien in a cosmos that too often seemed both hostile and cruel. In it there could be no inner security for me.” – As Bill Sees It

Hearing those words reminds me of how I felt from very early on as a boy and then teenager. It was as if I were completely lost in a scary place by myself. Almost everyone else seemed to be fine. Those I found that felt like me also turned to drugs and alcohol to escape the pain of feeling like an alien, frightened and trapped with no way out. Coming to meetings helped. For the first time I was with others that felt like me but didn’t use and drink. But it wasn’t until I finally surrendered my righteous disbelief of God and made a decision to have a friendship with a higher power of my understanding that I finally felt at peace. No longer do I feel like a fearful alien in a hostile world. Now I feel safe, comfortable, peaceful and ILML! 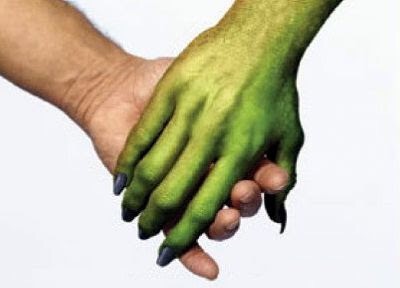