I’m part of a group of individuals that sends out gratitude lists back-and-forth, between each other, on almost a daily basis. This morning I received a gratitude list from someone who works a rigorous 12 step spiritual program of action. In it, she said, “I don’t try and control things as much as I used to.”

It made me think that, although the founders of Alcoholics Anonymous were correct in the fact that lack of power was our dilemma, particularly with regard to alcohol, I’ve found that in long-term recovery, it’s lack of control that seems to be at the root of many of my troubles.

I also tend to want situations to go the way that I want them to go, how I think they should happen, Because I believe that would be the best outcome not only for me, but for everyone else to.

And I’m very clear as to what I would like to happen with regard to the health of my body. I’d like to always be strong, healthy, slim and attractive.

Well, at 57 years old I’ve finally begun to realize that life doesn’t always turn out exactly the way I’d like it to go. As I often say, without my ability to manage, direct and control everything, life tends to get lifey.

More often than not, people have an inclination to do what they would like to do, rather than what I would like them to do.

Things that I’ve planned often turn out differently than I hoped.

And my body, well, it has this weird way of getting older and, well, heavier. LOL. I also noticed that the older I get, the more I experience strange aches and pains, some of which have actually required medical intervention.

So you see, my ability to control people, places and things is really just an illusion of control. As they say in ALAnon, I’m really only in charge of what’s happening inside my hula hoop. And even then, at least when it comes to my human body, I’m really not in complete control of that either.

What I have learned to control is the amount of energy I put into becoming the best version of me I can possibly become. That includes doing things that positively feed my mind l, body and spirit. In these situations, the only one I’m battling for control with, is my DisEase. He would certainly prefer that I spend zero time taking care of myself spiritually, emotionally and physically because the more pain I am in, the more likely I will hurt others and hurt myself.

So again, just for today, like most of the days over the last 17 years of my life, I’ll make my recovery a priority. Because when I put first things first… ILML! 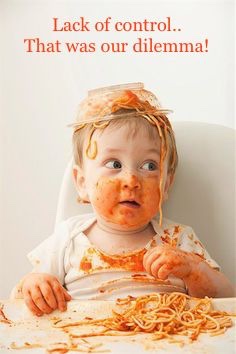 2 thoughts on “Life Gets Lifey”